Digitization: Focus on the Human Being

Prof. Dr. Sven Laumer gave his inaugural lecture at the Friedrich-Alexander-University Erlangen-Nuremberg under the motto “Digitization: Focus on the Human Being” as part of the two lecture series “Science on AEG” and #nuelectures. 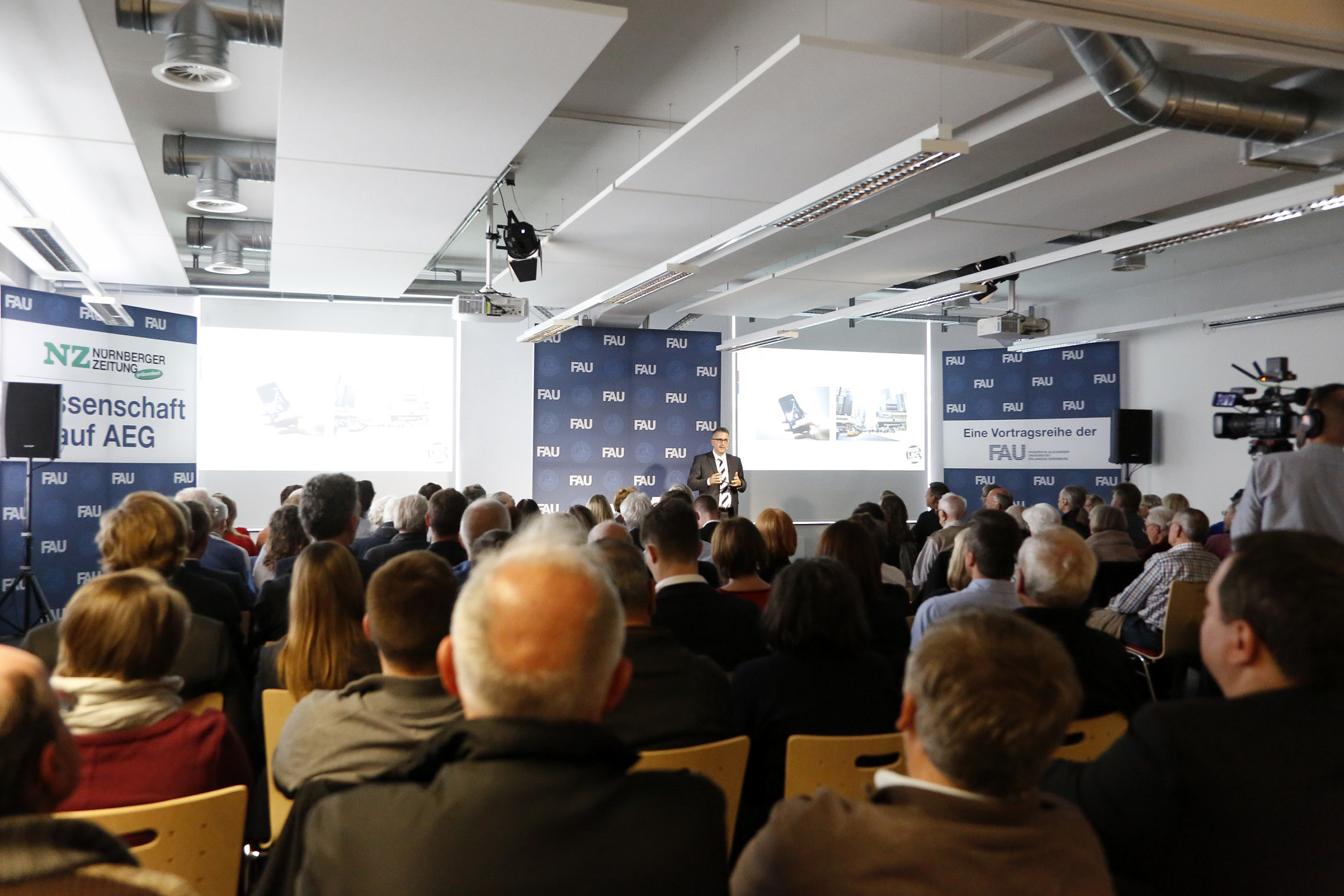 He identified the spread of the smartphone as one of the main drivers behind what is currently being discussed under the catchword “digitalization”. By using the smartphone, people live online and thus make it possible to network people, information and other machines. The possibility of analyzing these newly emerging data networks results in new forms of work, but also new potentials for business models. Using fitness trackers, digital assistants such as Siri, Alexa or the Google Assistant as examples, as well as innovative service providers such as Uber, Sven Laumer showed in concrete terms that successful digital technologies take up these developments and focus on people. They offer people added value, are easy to use and they succeed in making people trust these technologies. In his lecture, Prof. Laumer addressed his own research work, which on the one hand illuminates the effects of digitization from the human perspective and discusses the implications for the design of the future of work and digital business models that can be derived from it.

Digitization of the individual

In his lecture, Sven Laumer dealt with his own work in the field of the digitization of the individual. He reported on studies that have shown why social media use can trigger stress and how users react to it. However, he also pointed out that explicitly leaving social media platforms by deleting one’s own profile can also trigger stress. More than 3,000 participants were interviewed in empirical studies and their social media usage behavior was investigated.

The future of work

In addition, he discussed aspects from current studies from the research area of the chair on the topic “Future of Work”, which show that the perspective of the persons affected by digitization in companies is usually not technical. He pointed out that, from the point of view of the persons concerned, it is above all important how one’s own work can be carried out in order to produce products or services for others. People perceive IT as a tool to achieve this goal. Digitalization changes this interaction from the point of view of the people concerned. Using the example of information and knowledge management processes, Sven Laumer showed that the role of people as members of a work system is often not in harmony with their role as users of an information system. In his opinion, digitisation initiatives that also want to help shape the future of work should focus precisely on these two roles. Only when these are in harmony can the future of work be shaped positively from the point of view of people. 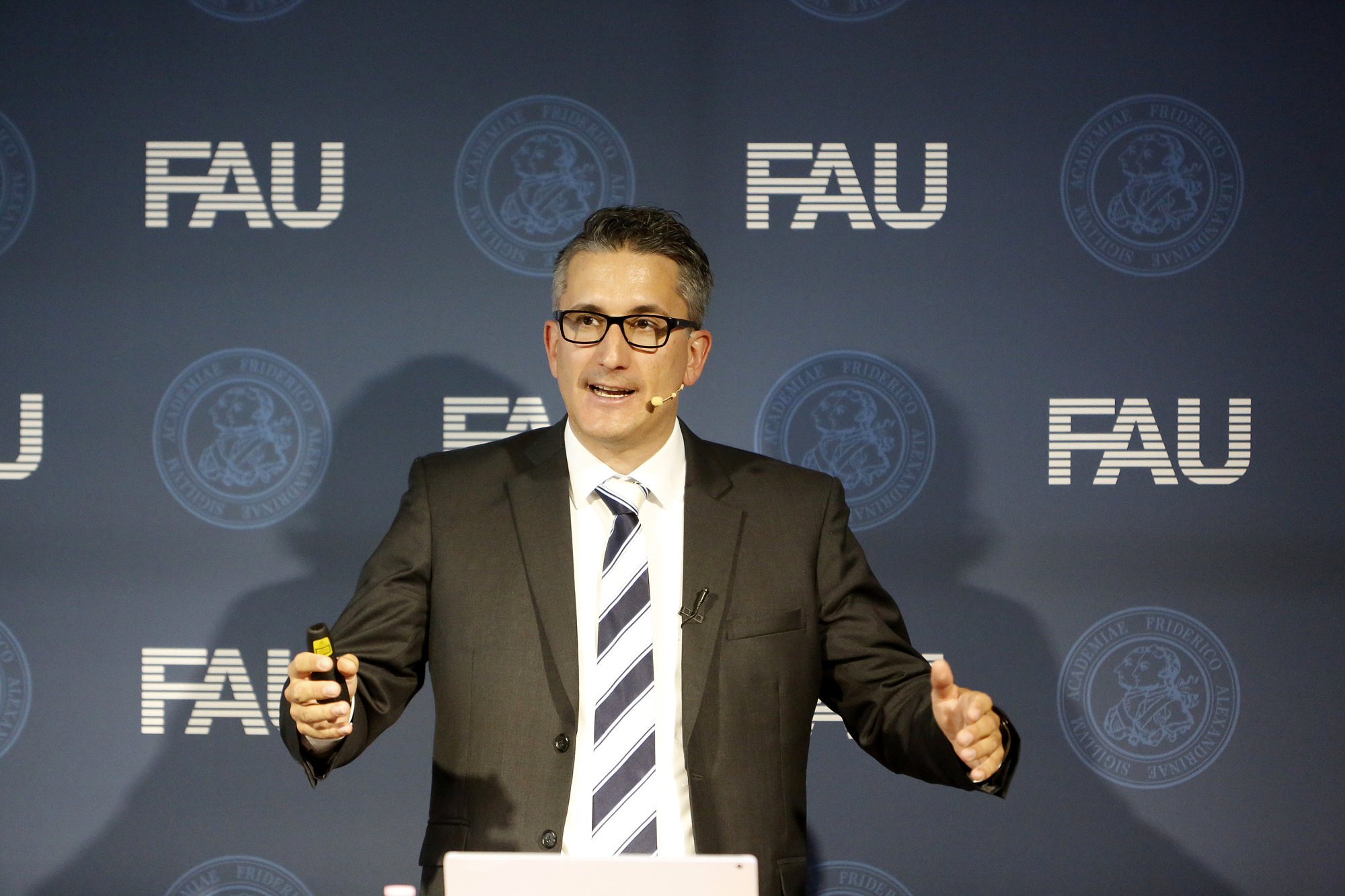 He concluded by explaining the importance of “trust” for digital business models. Using the example of the use of artificial intelligence in recruiting and the associated challenges (e.g. an AI considered applications from women to be inferior), Prof. Laumer discussed that data-driven approaches in recruiting certainly offer opportunities for personnel management and can be easy to handle. A prerequisite for the success of such business models, however, is people’s trust in these services. He therefore called for the development of appropriate AI-based systems that people can trust to a high degree.

In the subsequent round of questions, listeners reported on their own experiences in the context of digitisation. In addition, further questions related to the digitization of the individual were discussed and deepened at the reception in the new chair rooms at AEG.